The word “dream” is so general…so intangible…at least it can be. But without dreams, life isn’t fulfilling at all. Every one of us needs something to strive for, something on the horizon. Having a dream doesn’t mean that you’re sitting around waiting for that “something” to come to you. Dreaming is an action. You are the hero risking everything for it…or better yet, becoming whatever the dream needs.

You have to become the Prophet of your own future.

That’s really it, you know. Having a dream is one thing, but living your dreams requires that you become everything the dream needs in order for it to manifest. That’s not easy, but it starts with one simple principle. Anything is possible when you begin with the end in mind. Some call it “intention”, others “affirmations”, or even “confessions”. They all deal with one issue…What are you saying about your life? Your business? Your family? Your relationships? You have to become the Prophet of your own future. What is this dream that you have?

What is that shred of an idea you have about what you want, what you see? Reaching it, living it, being THAT is a process called growth. You’ve heard the saying, “Success isn’t a destination. It’s a journey.” A place called “there” doesn’t exist. Your life is a journey, and your dream is a moving target that shifts and changes with you as you grow.

“…Write my answer on a billboard, large and clear…”

Have you ever heard or read a phrase that changed your life? Like me, you’ve probably had many. However, some stay with you. For me, one of those was from the Bible in the book of Habakkuk. In chapter two, verse two it says, “Write the vision, and make it plain…” My favorite version is in the Living Bible Translation, “…Write my answer on a billboard, large and clear, so that anyone can read it at a glance and rush to tell the others.” It felt like I’d found the key to my future!

Of course, I’d have to rush and tell others…that was the birth of the V.I.V.I.D.™ Model. It’s my proprietary process for growth and development. The secret is to write and rewrite and rewrite, and as you write, it becomes clear…vivid even. As your dream becomes VIVID, you can articulate it clearer, and as you speak and act accordingly, you’ll see it. Notice that speaking and acting precedes seeing?

Dreaming is hard work, but it’s worth every moment. The Flip Productivity™ System exists to help you plan your work, produce what you have planned, and spend more time at play. Your dreams will be realized when you take courageous action. 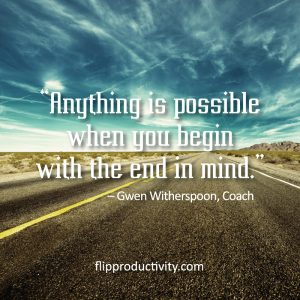 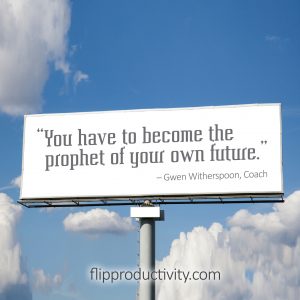 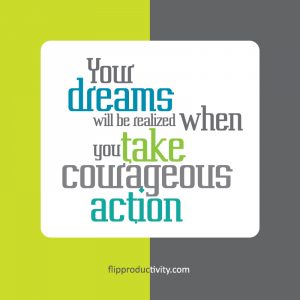 Gwen Witherspoon is a Coach, Artist, and Entrepreneur with over 30 years of experience in design, marketing, branding, retail, coaching, management and development. She's obsessed with art, technology, poetry, scale miniatures, design, and making a difference. As the founder and principal of Adam Red, a branding agency, she is responsible for Baudacity, Poetry in Motion, Flip Productivity, Vivid Talk™ Radio, Vivid Magazine, and other emerging brands. Gwen lives in Atlanta, Georgia with her husband Ron, and she's the mother of a very handsome and talented son, Aaron and daughter-in-law Ashley, who have made her Gammy of Raelyn and Carter. Photo © 2020 Ron Witherspoon Photography 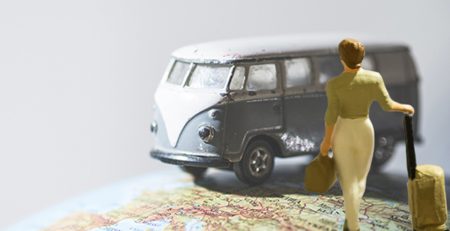 In my quest to help you get a vision for every area of life (and to make your vision... read more 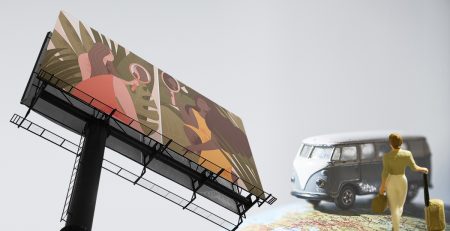 Developing Your Personal Brand Map, Part 2: Earning a PhD in YOU

Everything that you do literally is a project, so you need to learn how to manage projects at every... read more 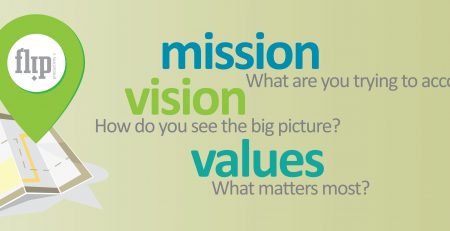 Something to Guide You

Any company you've ever worked for probably has a mission, vision and values. The idea is that they should be... read more 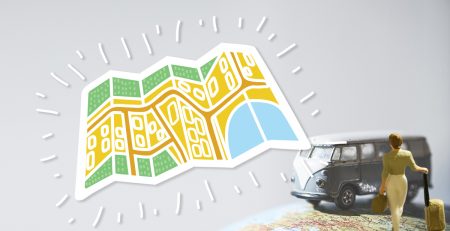 Have you ever been on a road trip? I love them. My father was in the Army. As a... read more